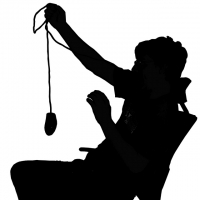 ), regarding FS Logbook Editor compatibility with Microsoft Flight Simulator 2020.
As many others, I like the new simulator. I think it is wonderful platform (yet there is still lot of work to do in areas such as twin engine aircraft flight dynamics etc.)
I did not have access to the alpha versions, so the first time I got my hands on the simulator was with the final release, such as many as you.
FS Logbook Editor was always dependent on the logbook generated by the simulator itself. Updated: The new Microsoft Flight Simulator does not generate any local copy - It most likely stores it into your X-Box account (the game logbook is synced on my 2 PCs).
The feature of building airport database, for FSX and Prepar3D is dependent on MakeRwys, which, as far as I know, does not support the new simulator either.
So, these are the two road blocks, quite huge... Of course I would like to support the new simulator. I have some ideas,  like that I might do that flight recording, probably using FSUIPC, which I wanted to do for longer time... FSX and Prepar3D would benefit from that too...
And I know you probably read that kind of excuse all over... but it just is true for me too. FS Logbook Editor is "free time" project for me, even thought it is "payware" software. If you browsed my site, you know it is not my only free time activity.
To summarize, I cannot promise anything right now. Even if I overcome the "no logbook" by recording flights by myself, it is still just a half of an equation. It will require a lot of work, so I will also not promise that if this update happens, that it will be free. For sure it will not happen next week or next month either. My plan was to come up with some results till the end of the year, but, hell, it is already 10. month

Hope you understand, thanks for your support
Happy flying

It looks like you're new here. If you want to get involved, click one of these buttons!